New: The useful refill to fill in your Simple Serum in its glass bottle !

The Simple Serum is the “all-in-one” serum your skin was waiting for. No need to layer multiple serums to get all the benefits you wanted. It contains glycerin (perfect for dehydration, it calms and reduces irritations and discomforts), a water-soluble derivative from vitamin C to stimulate the collagen synthesis and glow, along with grapeseed oil, rich in omega 6, vitamin E and polyphenols, which make it particularly antioxidant. The Simple Serum’s light texture glides on the skin without ever being sticky and leaving it with the exact right amount of glow.

AQUA (WATER)Moisturises, serves as a support for the other ingredients..,

PROPANEDIOLObtained from corn using biotechnology. It is a humectant: a substance that captures water within the epidermis and leaves a soft finish on the skin.,

GLYCERINMoisturizer. Biomimetic molecule that the skin uses naturally in its metabolism.,

ALPHA-GLUCAN OLIGOSACCHARIDEPrebiotics (complex sugars) from corn, beetroot. Prebiotics are a specific food for "good bacteria" and allow them to develop at the expense of "bad bacteria".,

ARGININEAmino acid obtained by fermentation. Contributes to the production of proteins that are essential to the skin. Moisturising.,

PENTYLENE GLYCOLDerived from sugar cane. It is a humectant: a substance that captures water inside the epidermis and leaves a soft finish on the skin.,

POLYMNIA SONCHIFOLIA ROOT JUICEPrebiotics (complex sugars) from the tuber of yacon (Polymnia sonchifolia or "earth pear"). Prebiotics are a specific food for "good bacteria" and allow them to develop at the expense of "bad bacteria".,

TOCOPHEROLVitamin E from soy beans. Antioxidant. Biomimetic molecule that the skin uses naturally in its metabolism.,

LACTOBACILLUSProbiotic bacteria (Lactobacillus casei, Lactobacillus acidophilus), inactivated by heat. In cosmetics, probiotics are inactivated (unlike in yoghurt, for example), they are provided in the form of fragments, and are therefore also called "postbiotics" (this is the most accurate term scientifically, but less comprehensible to the general public, which is why we use probiotics instead). They do not have a direct action of recolonisation of the microbiota (as it happens in the intestine when they are alive), but they participate in an indirect way because their fragments stimulate the immune defences (beta-defensins), which will fight against undesirable microorganisms.,

SODIUM HYALURONATEObtained by fermentation. This high molecular weight hyaluronic acid captures up to 100 times its weight in water to instantly hydrate and plump.,

XANTHAN GUMGelling agent for aqueous phase resulting from the biofermentation of wheat and corn sugar.,

MALTODEXTRINA complex plant sugar, it serves as a carrier for the prebiotics in the formula.,

CITRIC ACIDProduced from the fermentation of a sugar source, it regulates the pH of the formula so that it is perfectly compatible with the skin's pH.,

SODIUM BENZOATEPreservative, authorised in organic cosmetics and for the food industry.,

Use morning and evening on face, neck, and décolletage by gently patting into the skin before applying The Simple Cream.

This list of ingredients is subject to change, please consult the packaging of the product purchased.

How much vitamin C does The Simple Serum contain? The Simple Serum is an “all-in-one serum”, it is not only a vitamin C serum, hence the fact that the percentage of vitamin C is not indicated because it does not contain pure vitamin C. The Ascorbyl Glucosid we chose is derived from the vitamin C that is water soluble. It is therefore more stable but less powerful than the L-Ascorbic Acid. Its water compatibility gives it a lightweight serum texture. It is considered as one of the best vitamin C derivative thanks to its excellent stability. On top of the already known benefits of pure vitamin C, the Ascorbyl Glucoside has demonstrated its brightening properties for a durable glow.

Is The Simple Serum photosensitizing? Just like every product containing vitamin C, it is recommended to use and SPF afterward. 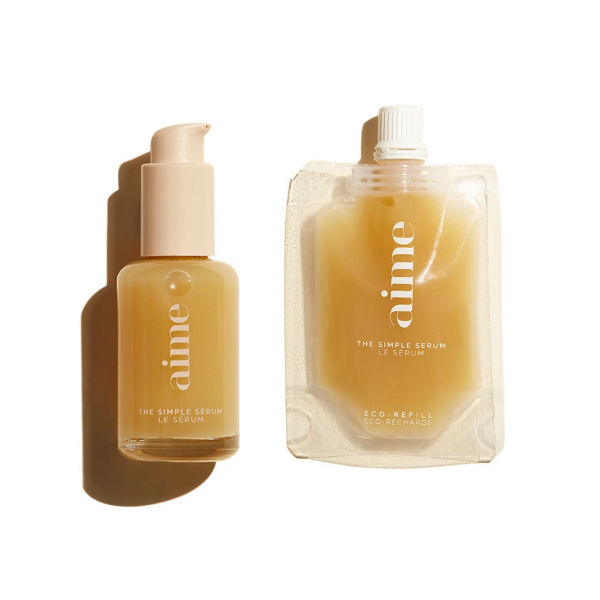 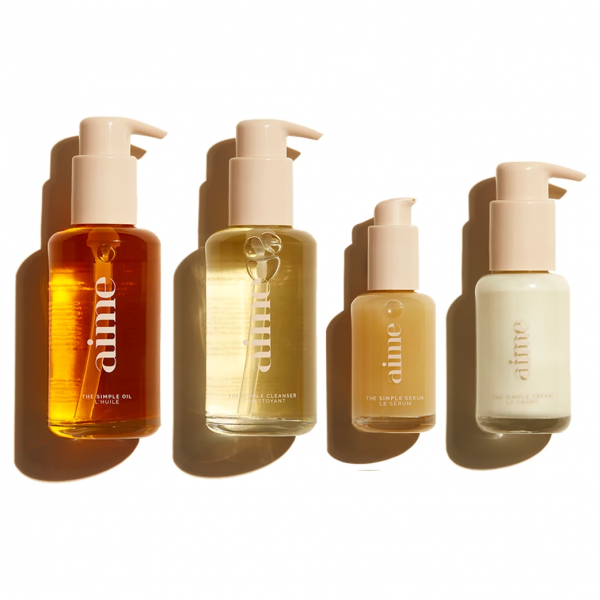 The Simple Skin - The full routine

Please, login to leave a review